Skip to main content
Labels
Posted by Jeremy Stone May 08, 2008 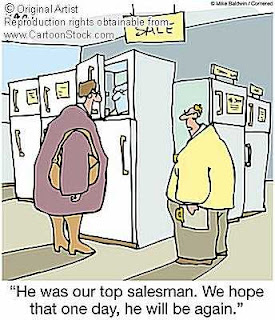 Cryonics by By Emily Plunket IV

Cryonics (often mistakenly called "cryogenics") is the practice of cryopreserving humans or animals that can no longer be sustained by contemporary medicine until resuscitation may be possible in the future.

The largest current practitioners are two member-owned, non-profit organizations, the Alcor Life Extension Foundation in Scottsdale, Arizona, with 74 cryopreserved patients and the Cryonics Institute in Clinton Township, Michigan with 75.

The process is not currently reversible. Cryonics can only be legally performed on humans after clinical death. The idea of cryonics is that the process may be reversible in the future if performed soon enough, and that cryopreserved people may not really be dead by standards of future medicine.

Cryonics is viewed with skepticism by many scientists and doctors today. However, there is a high representation of scientists among cryonics supporters. Scientific support for cryonics is based on projections of future technology, especially molecular nanotechnology and nanomedicine. Some scientists believe that future medicine will enable molecular-level repair and regeneration of damaged tissues and organs decades or centuries in the future. Disease and aging are also assumed to be reversible.The central premise of cryonics is that memory, personality, and identity are stored in the structure and chemistry of the brain. While this view is widely accepted in medicine, and brain activity is known to stop and later resume under certain conditions, it is not generally accepted that current methods preserve the brain well enough to permit revival in the future. Cryonics advocates point to studies showing that high concentrations of cryoprotectant circulated through the brain before cooling can largely prevent freezing injury, preserving the fine cell structures of the brain in which memory and identity presumably reside.

To its detractors, the justification for the actual practice of cryonics is unclear, given present limitations of preservation technology. Currently cells, tissues, blood vessels, and some small animal organs can be reversibly cryopreserved. Some frogs can survive for a few months in a partially frozen state a few degrees below freezing, but this is not true cryopreservation. Cryonics advocates counter that demonstrably reversible preservation is not necessary to achieve the present-day goal of cryonics, which is preservation of basic brain information that encodes memory and personal identity. Preservation of this information is said to be sufficient to prevent information theoretic death until future repairs might be possible.

Probably the most famous cryopreserved patient is baseball player Ted Williams. . Disease and aging are also assumed to be reversible. Robert A. Heinlein, who wrote enthusiastically of the concept, was cremated and his ashes distributed over the Pacific Ocean. Timothy Leary was a long-time cryonics advocate, and signed up with a major cryonics provider. He changed his mind, however, shortly before his death, and so was not cryopreserved.

We do not know if the process currently works as no cures for diseases have been found and Cryonics is a relatively new thing. If this method works it will be a scientific breakthrough.