Skip to main content
Labels
Posted by Unknown May 23, 2012 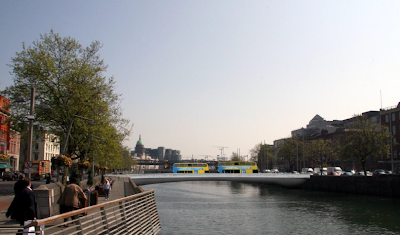 The Institute of Physics (IOP) Ireland are campaigning to have the new bridge across the Liffey in Dublin at Marlborough Street named for Ernest Walton – Ireland’s only physics Nobel prizewinner. They have a petition on their website where they ask those in support of the idea to sign up - it takes just a couple of moments.

Walton received receiving the Nobel Prize for Physics in 1951 (sharing it with John Cockcroft) for his work at the Cavendish Laboratory in Cambridge with the world's first linear particle accelerator. The two scientists built an apparatus to bombard the element lithium with energised protons, spitting the lithium nucleus to produce helium nuclei. They were the first to successfully convert one element into another by artificial means and, in doing so, verified Einstein’s famous equation E=mc².
Labels: Famous Irish Scientists General Notices Irish Science Today's Science News