A Neutron Walks Into a Bar 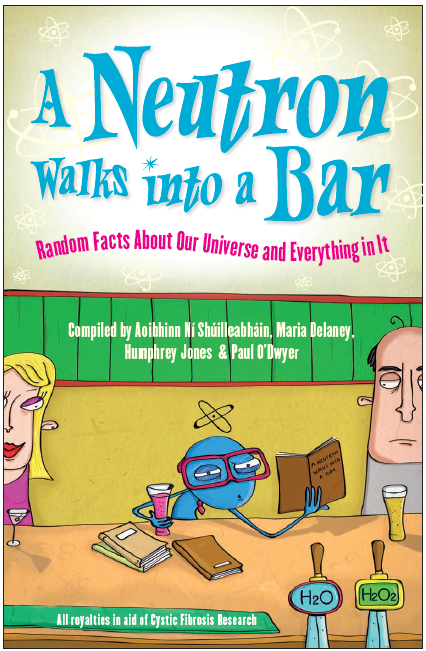 The Frog Blog has been relatively quiet over the past couple of months compared to manic blogging earlier in the year. This has been primarily down to my time spent on the Science 140 project, a crowd sourcing sci-comm project I have been working on with Maria Delaney, Aoibhinn Ní Shúilleabháin & Paul O'Dwyer. As you are probably aware of at this stage, Science 140 involved asking twitter folk to explain scientific principles in less than 140 characters. The product of the three month project is now coming to fruition with our book, A Neutron Walks Into a Bar, containing the best #science140 tagged tweets about to go to print. Here is a sneak peek at the cover for the book and I'd love to hear your thoughts. Now I know you can't judge a book by its cover but I think it rocks! The book will be released on October 18th 2012 (we'll be having a little "do" to launch the book and would love loads of Irish science folks to come along) and will be available to pre-order on Amazon shortly is available to pre-order on Amazon now!
Labels: Science 140