Want To be A Daddy? Ditch the Y-Fronts! 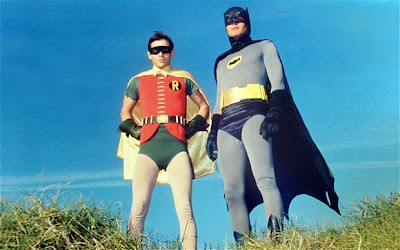 Men who wear loose fitting boxer shorts, as opposed to "tighty whities", are more likely to have a higher sperm count. This was one of the main findings of a new study from researchers at the Universities of Sheffield and Manchester, published recently in the Journal of Human Reproduction. The researchers also found that men who smoke, consume alcohol or are obese did not have lower viable sperm counts than those who did not.

The team of researchers, led by Dr. Andrew Povey, recruited 2,249 men from 14 fertility clinics around the UK and asked them to fill out detailed lifestyle questionnaires. They then compared the lifestyles of the 939 men with poor sperm quality with the 1,310 men with normal sperm quality involved in the study. The report showed that men with poor quality sperm were 2.5 times more likely to have had testicular surgery, and twice as likely to be of black ethnicity. Men with poor sperm quality were also 1.3 times more likely to do manual work or not to have had a previous conception.

The sperm producing testes require a slightly lower temperature than the rest of your body, approximately 35 degrees, so men who wear tight fitting underpants will be pushing their testes closer to the body and, hence, warming them up. By wearing loose fitting boxer shorts, the testes are allowed to "hang loose" and are in perfect sperm making condition. Dr Povey is encouraging men who wish to have children to change their underwear, rather than "become monks".

"Although if they are a fan of tight Y-fronts, then switching underpants to something a bit looser for a few months might be a good idea."

It must be mentioned, however, that the researchers are urging men to adopt healthy lifestyles and avoid smoking and drinking alcohol to excess.

"In spite of our results, it's important that men continue to follow sensible health advice and watch their weight, stop smoking and drink alcohol within sensible limits. But there is no need for them to become monks just because they want to be a dad.

The research is published in the Journal of Human Reproduction.
Labels: Human Body Today's Science News