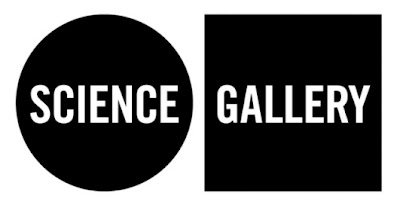 Dublin's Science Gallery is planning to create eight "Science Gallery Hubs" around the world within the next eight years, working in partnership with leading universities in key cities such as London and Moscow. The hope that in each city, the Science Gallery Hubs will tap into a vibrant local creative community of researchers, designers, artists and entrepreneurs to engage and inspire the next generation of innovators. It's an ambitious plan but Science Gallery has already proven their innovative exhibitions are exportable and translate well across the globe. Last August they brought their hugely popular BIORHYTHMS exhibition to the World Science Festival in New York and I believe there are other cities pencilled in for 2012. The Science Gallery Global Network will be officially launched in July 2012, during the European Science Open Forum.

To help them achieve their goal, Google have given Science Gallery an early Christmas present - €1 million! Michael John Gorman, Founding Director of Science Gallery, describes how the very generous gift will allow them "share Science Gallery's unique approach to inspiring young adults at the interface between science and art".

It's an exciting time for the unique exhibition space. Since opening Science Gallery has welcomed over 800,000 visitors to their 18 exhibitions and they recently launched an exciting programme of exhibitions for 2012 - when Dublin will be crowned European City of Science. Science Gallery will be firmly planted at the core of the year long series of events planned.

I would like to congratulate all the staff of Science Gallery on all they do and wish them a very merry (and geeky) Christmas!
Labels: Exhibitions Today's Science News