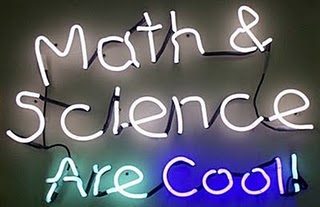 In Maths, 44% of all pupils sat the exam at Higher Level (14% nationally). Of those 25% obtained an A grade (13% nationally), 54% obtained a B grade (35%) with the remaining pupils achieving a C grade (i.e. no pupils obtained lower than a C grade). The Ordinary Level pupils had equal success, with all obtaining A's, B's or C's - an astounding achievement. 32% of pupils at Ordinary Level obtained an A grade, 39% obtaining B's with the remainder obtaining a C grade - all miles above national standards. Only 5% of pupils sat Maths at Foundation Level (10% nationally) and all obtained A's or B's.

82% of pupils in St. Columba's sat a science exam in this year's exams. In Physics, all pupils sat the exam at Higher Level with a staggering 57% of pupils achieving an A grade (just over 20% nationally), 36% achieving B grades (around 25% nationally) and the remaining 7% achieving a C grade. These figures are hugely impressive and way beyond national standards.

In Chemistry, all pupils again sat at Higher Level with 30% of pupils achieving an A grade (nearly 22% nationally), 38% achieving a B grade and the remainder obtaining a C grade.

In Agricultural Science, 93% of pupils sat the exam at Higher Level (80% nationally) with 8% of those obtaining an A grade (13% nationally), 62% obtaining a B grade (24% nationally) and 15% achieving a C grade - slightly lower than previous years.

Overall, the results indicate that the decline in the standard of maths and science certainly isn't evident amongst the pupils of St. Columba's College. The Frog Blog team (i.e. the science teachers here at St. Columba's College) would like to offer our congratulations to them on their excellent results (especially in the sciences!) and wish them luck in all their future endeavours. Indeed, we extend those sentiments to everyone who received their Leaving Certificate results today. For a further breakdown of the overall results of the St. Columba's 'Class of 2011' visit the college news site.