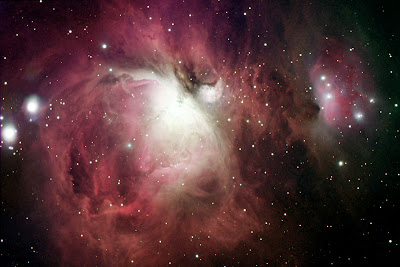 Scientists working with the European Space Agency's Herschel Space Observatory have, for the first time, detected free molecular oxygen in space. For decades, scientists have been puzzled by the lack of free oxygen in space, only finding the life giving gas in compounds like water or carbon dioxide. Oxygen is the third most abundant element in space, after hydrogen and helium, yet it's molecular form (two oxygen atoms bonded together) has eluded scientists in previous investigations. The international team of scientists used Herschel’s HIFI far - infrared instrument and targeted a star forming section of the constellation of Orion. The team analysed the constellation using three different infrared frequencies with the search proving successful, finding one molecule of oxygen for every million hydrogen molecules in Orion (10 times more than what was expected). The results of the research is to be published in the Astrophysical Journal. For more information visit the ESA website.