TMED7 - The "Big Switch" in Our Immune System 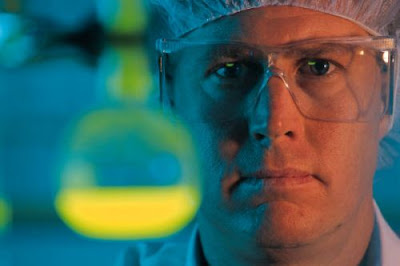 To fight off infection from nasty bacteria and viruses the human body has evolved a really sophisticated immune system. Our white blood cells are responsible for the production of antibodies to help destroy foreign bodies but their work must be controlled carefully. Built in to the immune system is a safety "off switch", which makes sure the immune response doesn't go too far, preventing life threatening illnesses.

Now a collaborative research project involving scientists from Trinity College Dublin and Norwegian University of Science and Technology have discovered a gene for a new ‘off switch’ in our immune response. Developing a further understanding of how the gene (and the protein it codes for) works could help fight diseases caused by over-activation of our immune system and help to improve vaccines for diseases like HIV & malaria.

The research team, led by Dr Anne McGettrick and Professor Luke O’Neill, at the Trinity Biomedical Sciences Institute, have discovered that the new protein, called TMED7 (which stands for Transmembrane Emp24 Domain-containing protein 7 - now you know its called TMED7), can shut down part of our immune system once an infection has been eliminated. Dr. McGettrick explains why sop signals are so important.

“Without stop signals like TMED7 our immune system would continue to rage out of control long after the infection has been cleared, leading to diseases such as septic shock,”

There is a danger that the immune system, if not properly shut down, could start to attack our own cells - a situation which can prove extremely dangerous. However, in certain cases, removing stop signals and boosting our immune system can be advantageous. This is particularly the case in the development of effective vaccinges for tricky diseases like malaria or HIV. Vaccines for these diseases have failed because our immune systems do not mount a strong enough immune response to the vaccine. The newly discovered protein, TMED7, actually makes vaccines less effective by blocking another protein called TLR4 - which is involved in activating our innate immune system. If we could block TMED7 from working this could help boost our immune response to vaccines and make the vaccines much more effective. The research team aim to carry out further research on TMED7, and the family of proteins to which it belongs, to try to find more exciting new prospects for understanding our immune system.

The findings of the study are published in the journal Nature Communications.
Labels: Human Body Medicine Today's Science News