This is a guest post from Eoin Lettice, a lecturer in plant science and zoology in UCC. Eoin manages his own blog - Communicate Science - which contains excellent articles on a range of science topics. In this piece, Eoin outlines his views on science pupils entering third level after "successfully" completing second level science syllabi. 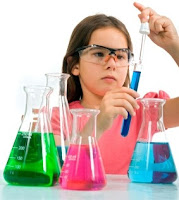 Just under sixty thousand students have just finished some of the most important exams they’ll ever face. As Leaving Certificate students around await their results, it may be useful to examine just what these students have gained, particularly when it comes to the sciences.
About 30,000 students sat an exam in biology this year, with twice as many females as males taking the paper. In physics, 5,246 males took the exam with just 1,751 females studying the subject. This brings the total for physics to just under 7,000. In a country where science and engineering are seen to be at the forefront of our national recovery, these physics numbers especially are disappointing. Over in the chemistry department, about 8,000 students took the final exam, with the genders much more evenly divided. About 6,000 students took an exam in agricultural science.
The statistics beg the question as to why so many students are attracted to biology rather than chemistry or physics. Perhaps they believe it to be easier, but colloquial evidence suggests that students who take another science exam other than biology often find biology the more demanding of the two. There may well be a large number of students who take biology as a means of ensuring they have that “one science subject” in case they wish to study science at third level.
This isn’t to say it’s all just a points-race at 2nd-level. Undoubtedly there are large numbers of students who do biology and the rest of the sciences because they have a real affinity for the subjects. Without doubt also, the quality of some teachers at second level may inspire young people to study science when they may not have previously considered the option.
The experience at Junior Cert also guides student decision making. In my opinion, the biology curriculum at Junior Cert level (as part of the Science course) lacks depth to such a degree that students anticipate leaving cert biology to be much easier than leaving cert physics and chemistry, which students consider more difficult at the junior level.

At third-level, despite the strong performance of graduates and the high level of undergraduates entering degree streams every year, there is a noticeable trend towards students who are better at rote learning than real understanding and an ability to interpret information and write well about it.
Personally, I would rather students entering first year biology in colleges and universities were better trained in gathering information and interpreting it in a scientific manner even if that was at the expense of some of the leaving certificate curriculum. It is a relatively straightforward exercise to teach an undergraduate the principles of reproduction in the flowering plant, for example, if they have been taught well to take command of their own learning and assess all available data in a scientific manner, i.e. to think and act like a scientist. The reverse however is not always true: students who are so used to rote learning at leaving cert level often find it difficult when faced with a course which is not strictly defined by a textbook.
Leaving Cert curricula are, by necessity, very tightly defined. When told at 3rd-level that what is written in a textbook needs to be balanced against the most recent research in the area as well as a student’s own experiments and observations, the student trained in rote learning only can often falter.Events such as the BT Young Scientist Competition and SciFest are excellent introductions for students into the experimental nature of science. It trains them in the necessity of literature searches, experimental design, data collection and the analysis and interpretation of results. It also exposes them to the learning opportunities arising from a badly designed experiment or an experiment that produces unexpected results. That is why I would argue that a piece of independent research should be part of all leaving certificate science courses. This could be an individual or group project modelled on the projects produced for the young science competitions. Project work should then form part of the continuous assessment of the course, thus reducing the “all-or-nothing” importance of the final examination.
Some will argue that there is already a high degree of practical work in the science courses at leaving certificate level and this is partly true. However, the practical activities included are generally not pieces of novel, independent research. For example, one of the practical activities in the biology syllabus asks the student to investigate the effect of temperature on the activity of an enzyme. From what they have studied in the textbook, students will already know what the effect of temperature on an enzyme will be.
A typical science practical today will see the student presented with a prepared methodology which they perform in order to gather data which will (hopefully) confirm a piece of knowledge which has often been explained to them previously in the classroom. There needs to be a more ‘authentic’ practical experience to augment these necessary ‘foolproof’ experiments and a piece of independent, though well supervised, research may be the answer.
Of course, there will be time and cost-constraints which will make such independent research almost impossible in some schools. However, if we want to train a generation of young people interested in science to be able to think and act like scientists, allowing them to get their hands on some real experiments is the best way forward.

ozymandias1 said…
Interesting post - the trend towards rote learning is much recognised and commented on so nothing new to add there, although from my experience this was also how college 'experiments' worked,with the exception of the final year thesis. Would this still be the norm?

Bottom line for me is that we as professional secondary school science teachers should be pushing for change in relation to what we teach and how we teach it, but all I hear is silence (with the odd notable exception). And that's just not acceptable. But this is probably not the place to begin another rant.

Cathyby said…
Back in the mists of time, girls taking Social and Scientific would also take Biology on the basis that the two subjects overlapped enough that you did less work overall to get good marks. HE, S&S and biology were almost three for the price of two. Things might be different now but it's worth considering as an explanation.
11:16 am

Unknown said…
I completely agree with you Noel. For too long science teachers have resorted to chalk and talk and were reluctant to truly endorse the experimental approach to learning science. But our syllabi are grossly inadequate and, while they aim to promote experiential learning, their means of assessing this learning is counter intuitive. There are also issues like department budgets, timetable allocation for science but ultimately it is us teachers that need to take responsibility for the kind of pupils we want to produce. I find it difficult to understand how many science teachers don't keep up to date with science news, read science magazines and many seem unenthusiastic about science at all.
3:06 pm