The Solanaceae (potatoes and peppers) 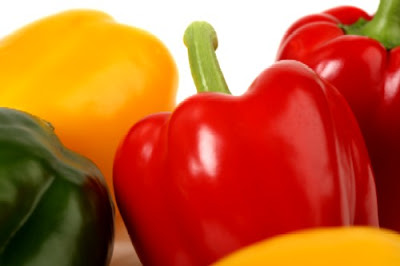 As part of the Transition Year Biology course our pupils study various different plant and animal families or groups. This year's look at flowering plants includes the Solanaceae or potato family, and today we are having a 'tongues-on' tasting session in the Biology Lab (having duly considered hygiene, health and safety of course), which includes: potato, aubergine, tomato, chilli peppers, sweet peppers and jalapeno peppers.
The Solanaceae is a very diverse family of flowering plants (of 90+ genera and 2,600 species) which includes mandrakes, tobacco, deadly nightshade and other poisonous and medicinal plants, as well as the food plants listed above. In botanical terms the family is unusual in having the phloem inside the xylem, and flowers usually have 5 fused petals and an ovary which is set at an angle. Fruits are either berries or dehiscent capsules.


The edible parts of the potato (Solanum tuberosum) are not roots, as often thought, but swollen underground stem tubers (stolons). These were first domesticated in Bolivia and Peru (as were tomatoes), high up in the Andes, by the Inca - and were brought to Europe by the Spaniard Francisco Pizarro in the 1530s. Some time later Sir Walter Raleigh (a native of East Devon) is said to have introduced potatoes to Ireland – possibly having some planted in his estates in Cork or Kerry. Legend has it that his cook, not knowing what to do with the strange vegetable, served up the poisonous leaves (unaware of the tubers below ground). It is thought more likely however that potatoes were introduced to Ireland through contact with Spanish merchants.
Peppers (Capsicum annuum and Capsicum frutescens) such as sweet peppers, chilli peppers, cayenne pepper and paprika also originate from the New World, and some were under cultivation in Central America over 5,000 years ago. Spanish and Portuguese traders then introduced them to Europe, Asia and Africa from the 16th century onwards. The hot taste of some peppers comes from an alkaloid compound called capsaicin, which is mainly concentrated in the placenta between the fruit and seeds. Capsaicin is fat soluble, which is why yoghurt is often used to reduce spiciness – as the capsaicin binds to the fats in the milk. Hotness is measured in Scoville units (a teaspoon of a 5,000 Scoville unit curry would have to be diluted with 4,999 teaspoons of a sugar water solution to stop it tasting spicy). The attraction of spicy food to humans is probably related to the release of endorphins. In sweet peppers, there is a single mutation, which turns off production of capsaicin.
NB the original spice used in Europe as ‘pepper’ Piper nigrum comes from S.E. Asia; and was much more expensive than chilli peppers – which could be grown locally.﻿﻿
﻿
﻿

Eoin Lettice said…
Hi Jeremy,
You're right: The Raleigh legend is just that, legend. Lots of good historical evidence that the Irish got potatoes from Spain.