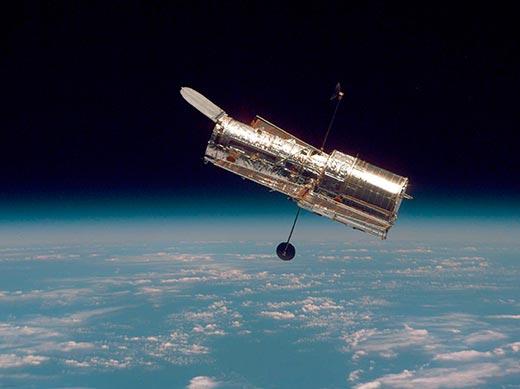 On this day, April 25th 1990, the Hubble Space Telescope was deployed in space from the Space Shuttle Discovery into an orbit 381 miles above Earth. It was the first major orbiting observatory, named in honour of American astronomer, Edwin Powell Hubble. It was seven years behind schedule and nearly $2 billion over budget. In orbit, the 94.5-inch primary mirror was found to be flawed, giving blurred images and reduced ability to see distant stars. However, correcting optics were successfully installed in 25 Dec 1993. The 43-ft x 14-ft telescope now provides images with a clarity otherwise impossible due to the effect of the earth's atmosphere. Instrument packages capture across the electromagnetic spectrum. To date, Hubble has looked at over 30 000 celestial targets and amassed over half a million pictures in its archive. It is set to be replaced by the James Webb Space Telescope which will be launched in 2013.
Labels: Feats of Engineering On This Day Space Exploration