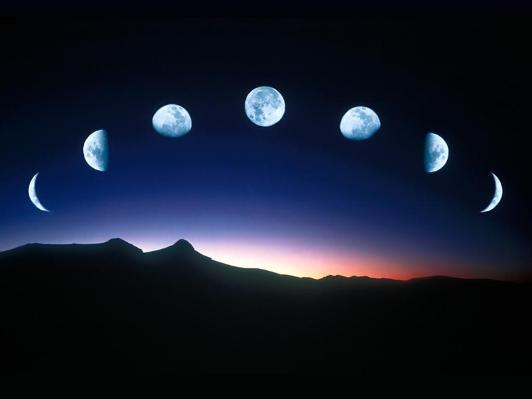 It is commonly known that the moon affects many things, such as the tides and some have the belief that it affects our behaviour. However it is widely unknown that cosmic-terrestrial rhythms have an effect on cultivated plants. This was first recognised by the Austrian academic Rudolph Steiner who, giving a series of lectures in 1942, explained how astronomic forces exerted their influence on the growth of our plants. Although his name was attributed to the discovery, it has been seen throughout history as a common practice. In “The Gardner’s Labyrinth,” one of the first gardening books ever published, in 1577, an astrologer and gardener Thomas Hill outlined what he had discovered. He had successfully linked the lunar patterns to periods for planting and harvesting. He referred in his book to past practices and quoted the Roman writings of Pliny the Elder (AD 23-79), a Roman historian who said:

“The idea that the Moon exerts a determinable influence on plant and crop growth may be as old as agriculture. The idea is found embedded in the folklore of many ancient societies, ranging from the Celts in early Britain to the Maoris in New Zealand. As far as recorded comments on the subject are concerned, gives many instructions on how to regulate agricultural activities according to the cycles of the Moon.”

Experiments have shown that the lunar phases affect the flow of moisture in the soil and in the plants. But how does it work? And can we as a modern, technological civilization benefit from paralleling our growth seasons with the moon?
The moon undeniably does a number of things, things such as its gravitational pull on the Earth and its reflecting of the sun's light. Steiner suggested the moon also affected plant growth. The gravitational pull varies throughout the 28-day lunar cycle. The force that creates the ocean tides was proposed to also influence roots. Root growth is said to increase when the moon moves further away, causing a decreased pull on the Earth; These rhythms of gravitational energy pulse or flow in a sub-cycle of nine-days. These cyclic pulses are what the gardeners and farmers strive to align the agricultural calendars to.
The field of study today is known as Bio-dynamics. Experiments were carried out recently which highlighted the moon's effect on our metabolism, growth and development. A study carried out in Paris University showed that the metabolism of plants, revealed by their water absorption or levels of oxygen, significantly respond to the lunar cycle. Not only this but the electro-magnetic field, present around trees, was seen to be affected parallel to the lunar cycle.
The cycle is said to affect mainly the moisture and water content of the soil, it has been shown that the gravitational pull causes the water to be pulled upwards in the soil, and thus up closer within reach of the plants. This makes more water accessible to the plants and thus promotes faster and more beneficial growth. Studies have also shown that, because of this, more water is absorbed and as a result plants are up to 15% larger, increasing yields.
With the increased water content, a pressure on the roots begins to build up and then releases itself in a cyclic manner. The release causes pressure to decrease and thus presents a perfect time for clipping or sheering as less moisture is lost in the cut areas due to decrease in moisture in the plant as a whole. As there is an eventual rise, the plants begin to feel less pressure and thus begin to absorb more moisture, which can benefit the water content of yields, adding to their quality. Tillering or grafting also increases as the sap begins to rise stressing the plant and thus forcing them to produce auxiliary shoots, increasing a farmers yield and growth rate.
These studies also showed the effects on animals which, agriculturally, could potentially be beneficial. The oestrus system is based on a cycle, yet again dating back to the 2nd century there is evidence that lunar cycles affected animals coming into heat. The astronomer Claudius Ptolemy wrote that the farmers “notice the aspects of the Moon, when at full, in order to direct the copulation of their herds and flocks, and the setting of plants or sowing of seeds; and there is not an individual who considers these general precautions as impossible or unprofitable.”
There is much more to this unknown subject and clear evidence that suggests its validity, but some academics turn down this theory, claiming it is merely a coincidence.