Perhaps one of the most interesting things about the field of science is that it often changes the way we understand reality as scientific progress continues onward. For example, many of you are probably familiar with the recent declassification of the dwarf planet Pluto based on shifting standards of astronomy. Or maybe you're familiar with the popular idea that we lose a majority of our body heat through our head, which researchers recently proved false. Changes like this constantly occur and will continue to occur. One simply has to look at the history of science to understand how exciting the course of scientific progress truly is. Here are five of the most commonly accepted scientific beliefs as they were debunked over the course of time. 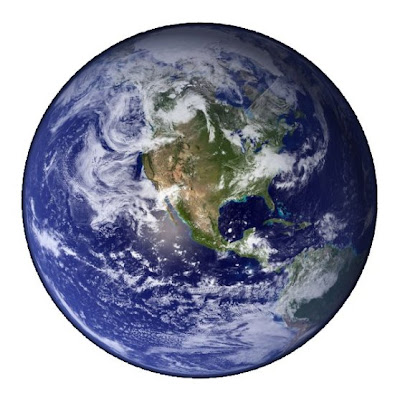 The World Is Flat
Interestingly, this belief is often wrongly attributed to the people of Columbus' era, when in fact it was already largely dismissed by Aristotle and the ancient Greeks, who believe that the world was a sphere around which the solar system rotated. The belief that the world was flat was actually popularized by many culture's religions and myths regarding the creation of the world. For example, ancient Egyptians believed the world was flat; it was often illustrated as a flat disc afloat in a primordial ocean. This belief didn't fall completely from favour until 1st century AD intellectual Pliny the Elder confirmed that everyone believed in the spherical nature of the earth.
The Ptolemaic Solar System
Another popular belief in the ancient world was that the solar system all revolved around the earth. Both Aristotle and Ptolemy advanced this belief, and so it was accepted as fact throughout ancient Greece as well as ancient China. This belief lasted until the mathematical work of Copernicus, Galileo and Kepler helped to shift humankind's understanding of the solar system from a geocentric model to a heliocentric, or sun-centred, model.
Spontaneous Generation
Spontaneous generation was the belief that living matter could arise from inanimate matter. Aristotle significantly popularized this theory by gathering the writings of many naturalists and philosophers before him, which led to its lasting among humankind for almost two thousand years. The earliest challenge to this theory came from Francesco Redi, who placed meat in an open jar, a closed jar, and a jar blocked by cheese cloth. Maggots did not form on the meat in the closed jar, but formed on the cheesecloth, thus showing that spontaneous generation doesn't happen. The belief still held some sway until Louis Pasteur showed that the process of fermentation was due to micro-organisms in the air and not spontaneous growth.
The Four Humours
Many Greek and Roman physicians believed that four basic essences comprised the human body: black bile, yellow bile, phlegm, and blood. It was the balance of these humours that kept people healthy, so naturally, when someone was sick, classical and medieval doctors would bleed them in order to try to rebalance the humours. This is how the practice of blood-letting with leeches and pricking instruments became popular. The Greek physician Hippocrates is most responsible for advancing this theory, and it wasn't until Rudolf Virchow advanced his theories of cellular pathology in the 1850s that humourism fell from grace.
Alchemy
Perhaps one of the most famously debunked of all scientific myths is the process of alchemy, by which ancient scientists all around the world hoped to change base metals, such as iron and lead, into gold. Of course, alchemists were also interested in other broad solutions, such as discovering a 'life elixir' and a universal solvent, but the practice is most known for its connection to gold. It wasn't until Robert Boyle , a proclaimed alchemist in the 17th century, began to encourage the field to take a much more scientific and evidence-based approach, as opposed to the previously spiritual approach of earlier alchemists. At his urging, the field of alchemy eventually morphed into what we now know as modern chemistry.
Labels: Guest Posts