Skip to main content
Labels
Posted by Jeremy Stone October 23, 2008
Planet Earth Created on This Day in 4004 BC 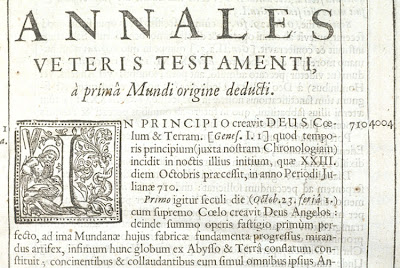 From a study of biblical records, Archbishop James Ussher of Armagh (1581-1656) concluded that the Earth was created on this day in 4004 BC. In 1650 he produced a 2,000-page treatise which included the following:
"In the beginning God created Heaven and Earth, Gen. I. v. I. Which beginning of time, according to our chronologie, fell upon the entrance of the night preceding the twenty third day of October in the year of the Julian calendar, 710 (i.e. 4004 B.C.). Upon the first day therefore of the world, or October 23, being our Sunday."
Scotsman James Hutton (1726 – 1797) trained as a doctor but worked as an agricultural chemist 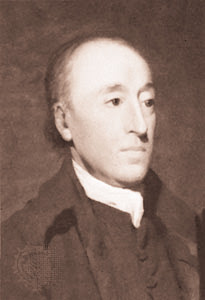 and geologist. In 1795 he published his Theory of the Earth, which was based on uniformitarianism - the idea that the processes we see happening today are the same as they always have been, and that they alone account for all the geological activity which has shaped our planet. In suggesting this he dismissed the biblical timescale as being too short. When Hutton wrote about the vastness of geological time he summed things up nicely with the phrase "we find no vestige of a beginning, no prospect of an end". We now know, from radiometric dating, that planet Earth is around 4,600 million years old.
JJS
Labels: Geology On This Day