Yesterday, the Form V and Form VI biologists visited the spectacular yet somewhat controversial Bodies Exhibition. All were thoroughly impressed and many continued to debate the exhibition's vivid and thought provoking displays yesterday evening and even this morning. Below is a review from Jessica Dean, a member of Form V. 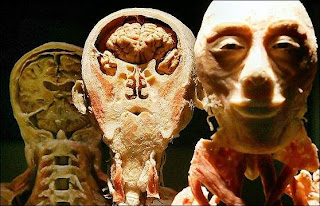 The trip to the BODIES Exhibition in Dublin was a rather unusual one. It's not everyday that you can just mosey down to see preserved bodies, and though our first attempts were marred by the heavy snow, we prevailed and set off for an afternoon of preserved body observation. Though slightly apprehensive at first, the exhibition was in fact an amazing scientific achievement, and having the opportunity to scrutinize the human body in various motions and dissected forms was a fascinating prospect.
There were many different sections, one particularly impressive one was the display of two figures, though they were each composed from one single body. They stood opposite one another, displaying on one side - a body comprised of only the muscular system and on the other (which was mirroring the latter figure's position), showed only the skeletal structure. We made our way through this shocking, but awe-inspiring exhibition, and I think our primary reaction was definitely one of slight revulsion, though as we continued through, we were amazed by the intricate work that had gone into the display of the bodies. The exhibition not only demonstrated the body's muscular system frozen in various modes of action, but also the nervous and circulatory system, removed from the body and displayed in it's normal composition. 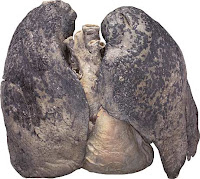 Within this section, smaller and more detailed portions of the body were displayed, for example the circulatory system of leg, extracted and suspended in a glass chamber and thus it was possible to examine each of the exhibits closely and from different angles. We passed display cases which showed examples of certain organs that had suffered from specific diseases or viruses, including cancer, and also the lungs, ones which had once belonged to that of a smoker, comparing the results to a pair of healthy lungs displayed beside them. Within this same section it showed a biological breakdown of both the male and female forms. In one instance it showed a female, cut vertically into 3 segments displaying all of her internal organs,and shown beside this, were examples of both the male and female reproductive organs preserved beside one another.

The section which I think instantly drew our attention (and was probably the reason for us all emerging later with noticeably greener complexions), was the exhibits of the embryos and feotuses. Some of group chose to bypass this section completely, and though it was agreeably rather shocking, it was also amazing to have the opportunity to examine such things so thoroughly. They displayed not only the different stages of the developing embryo, but also the feotus at its more mature stages where its features were more distinguishable. Continuing onto the next biological stage it showed a newborn with its umbilical cord and placenta still attached. Few of us stayed long in this section and moved on to the last one which showed the body again frozen in different motions, and in the centre, a body displayed in segments, or rather slices, each one contained within a thin sheet of glass.
The exhibition is definitely a fascinating and amazing achievement, and despite our initial reactions of shock, I felt the trip was in fact more beneficial than any class dissection, as we finally were able to witness the pictures and diagrams from our books, which are essentially quite limited in their detail, in real physical form. I definitely think that this exhibition provides an important opportunity for people to experience and appreciate the wonders of the body and its intricate physical structure.
Labels: Science Trip Reports