Frozen Planet: A World Beyond Imagination! 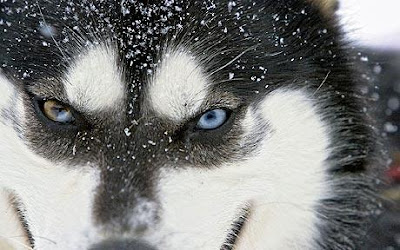 There are few things that raise my levels of serotonin more than a new David Attenborough series (The Frog Blog's name was part inspired by picture on the front cover of Attenborough's 'Life on Earth' DVD!) Tonight's premier of the magician's latest offering, Frozen Planet, once again looks set to awe, inspire and educate with the seven part series surely setting a new bar for natural history programmes.

Fulfilling a life long dream of visiting the North Pole, Attenborough reveals the bountiful life within seemingly inhospitable surroundings. Tonight's episode (To the Ends of the Earth) will, for the first time in some cases, show the courtship rituals of polar bears, penguins surfing ashore to mate and a pod of killer whales hunting their prey. Tonight's episode also visits the South Pole, exploring the mysterious creatures below the ice (including prehistoric giants, terrifying sea spiders and woodlice the size of dinner plates). and the geoligical gems above the ice including the summit of Erebus, the most southerly volcano on earth. In addition, Attenborough retraces the steps of early explorers across the formidable Antarctic ice-cap.

Frozen Planet will confirm the BBC's standing as the king of natural history programming and Attenborough as the 'King's Hand'. Frozen Planet begins on BBC 1 this evening at 9:00pm. Set your Sky+ box now!!
Labels: Climate Change Nature Notes Videos What's on the Telly?