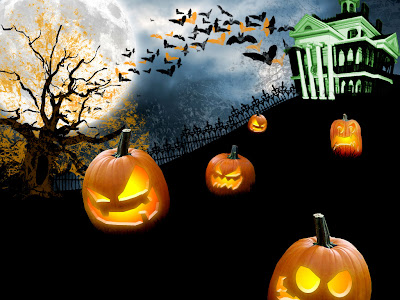 This article appeared in yesterday's edition of the Irish Times and was written by Claire O'Connell.

We are headed for the spookiest night of the year: Halloween. But what does science make of the paranormal?

Many so-called paranormal phenomena can be explained by non-paranormal events, according to Chris French, the professor of psychology at Goldsmiths University of London and outgoing editor-in-chief of the Skeptic Magazine in the UK. French will be giving a talk tomorrow today at Dublin City University about anomalistic psychology. “It’s essentially the psychology of ostensibly paranormal experiences and paranormal beliefs and generally weird experiences,” he says.

Anomalistic psychology is interested in aspects of the paranormal that include extrasensory perception, psychokinesis and evidence relating to the possibility of life after death, as well as claims of alien abduction and conspiracy theories.

“There are high levels of paranormal belief, in all of the societies we know of, both geographically and historically,” says French. “We are interested in the cognitive biases that affect everyone which mean we might misperceive or misremember or misinterpret things in a way that means we think we might have had a paranormal experience.”

So how could our brains lead us to believe in ghosts? “We are successful as a species because we think heuristically: there are quick and dirty rules of thumb that usually give the right answer. But there are certain situations where we systematically get the wrong answer,” says French.

One example of a specific brain glitch putting on a seemingly paranormal show is “sleep paralysis”, where you are half awake and half asleep but you can’t move, according to French, who says that for a small number of people, the experience can be more intense. “In about 5 per cent of the population you also get other associated symptoms, like a strong sense there is something or someone present in the room and they don’t mean you any good at all. You might see lights or dark shadows, you might hear voices or mechanical sounds, you might feel as if someone is dragging you off the bed. You may also have difficulty breathing and an intense fear; you feel like you are going to die. If you get the full monty, it can be a terrifying experience.”

While it might feel like a ghostly, alien or demonic visitation, the reality could be more rationally explained. “During REM [rapid eye movement] sleep the muscles of your body are paralysed so you don’t act out the actions of the dream,” says French. “But something goes a little bit haywire in sleep paralysis and you become conscious of the fact that you can’t move and you have then got this interesting mix of normal waking consciousness and dream consciousness: you can see you are in your bedroom but there is all this weird stuff and you can’t move.”

Other examples of brain-centred explanations for the paranormal include near-death experiences. French says the reported experiences can also be induced in patients undergoing brain surgery just by stimulating a specific part of the brain’s cortex. “For me that tends to be very strong support for the idea that we are dealing with something that is caused by unusual patterns of brain activity,” he says.

The seeming insights of psychics could, he says, be down to tricks of language and enquiry.