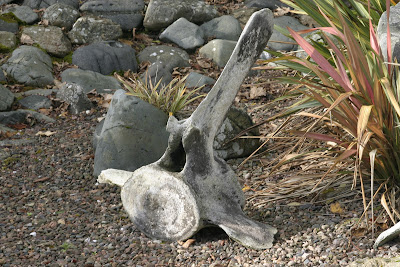 We awoke to a calm bright morning and all had a hearty breakfast. The breakfast room was quite as the pace of the last two days was taking its toll on the pupils. We walked round to the 'Exploris' aquarium and started with the touch tank. As always this was greatly enjoyed by the pupils as many of them had not handled many of the animals before. The squirting of the scallops when they were removed from the water was the most popular activity. As the guide took us through the general exhibits he was listened to with concentration and many notes were taken. Once again the quality of the questions asked by the pupils was commented on. Eventually we came to the seal tanks and there were many oohs and aaghs! Then it was onto the bus and the ferry and back home.

This was once again a most successful tour where the pupils learned a lot of scientific information and perhaps, even more importantly, they became much more bonded as a group. All the staff were impressed by the good behavior and interest of the pupils. Well done all.
Labels: Science Field Trips Science Trip Reports