How Numbers Rock Your World

This excellent article appears in the Science Today section of today's edition of the Irish Times. It's written by the ultra talented John Holden (who really must get on Twitter). 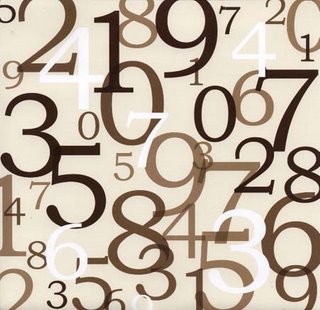 ALMOST everything we do in life could be described mathematically. Almost everything that drives our modern technological society is based on maths – and practical applications are being used by Irish mathematicians in a variety of areas. Feeling oblivious to the numbers all around us? You just have to look a little bit closer.

Maths Week Ireland kicks off tomorrow. Now in its sixth year, it aims to promote the subject at primary and post-primary level and demonstrates just how much of everyday life is driven by maths.

A noble endeavour indeed, but the event has a long way to go in terms of making any real difference in Irish society. Despite maths’ prominence in everything we do, the world still appears in terms that shy away from all things numerical for most people.

“Maths in everyday life goes beyond just using arithmetic in a shop to pay for your groceries,” says Dr Brien Nolan of DCU. “We use it in so many ways throughout the day. If you read an article in a newspaper you need to be able to understand percentages, statistics and opinion polls. You need maths to form an opinion about climate change. Playing sports, gambling or trying to decide between ESB and Airtricity to be your utility provider, all require mathematics. These are just some mundane encounters we face everyday,” he adds.

“Contrast this with the stuff where maths is under the bonnet – in telecommunications and IT. When you make a phone call or send a text, there’s a mathematical algorithm working in the background that deals with the incoming data. You don’t need to see it or know how it works. But you’d find life incredibly difficult if it wasn’t there.”

“Online ticket sales for companies like Ryanair are also governed by numbers,” says Nolan. For non-mathematicians, it’s easier to think Michael O’Leary is watching our flight-browsing habits and waiting for that indecisive moment where we choose to re-examine our decision later, only to find he has doubled the price while our backs are turned.

UCD professor of meteorology Peter Lynch has lived and worked through the transition in weather prediction from empirical educated guesswork to computer-generated forecasting. “Specifically I work in the area of numerical weather prediction,” he says. “We express the physical laws of nature as maths equations. Our model of the atmosphere is based on equations too.

“It’s enormously more reliable than the educated guesswork we used in the past,” he says. “We can now make objective measurements. Three- to five-day forecasts are reliable. We can’t say when a particular shower will happen. But the overall pattern can be anticipated several days ahead.” Meteorology shares its mathematical basis with a lot of modern industries. “Air traffic control is all about routing, anyone working in design, engineering, medical people, the life sciences,” says Lynch.

An area that is currently driving the Irish economic recovery is that of biomechanics and the bio-medical industry. While a relatively new scientific area, biomechanics, is dependent on the work done by mathematicians in the background. “It’s certainly on the rise in applied maths,” says Nolan. “Biomechanics takes the same kinds of ideas and similar equations used in weather forecasting and theoretical physics and applies them to biological systems in the study of things like human blood flow.”

The Mathematics Applications Consortium for Science and Industry (Macsi) is based in the University of Limerick (UL). Each year Macsi chairs a European study group to look into six mathematical problems faced by Irish industry.

“One analog devices company is looking into the design of mobile phone handsets.” says prof Brian Gleeson of Macsi. “We also have a customer in the beef industry who wants help learning how to optimise the way they make their hamburgers. The HSE have asked us to look into the most efficient way to use O-negative blood.”

Prof Gleeson, who is a researcher at UL, recently invented a new mathematical technique that analyses and predicts the outcome of dynamic changes on large-scale networks.

“This new technique will provide a more accurate prediction of a diverse range of spreading phenomena such as epidemics, computer viruses and social media trends,” he says.

“Mathematically, if we know something of the structure of a web network, we must look at what it tells us about the spreading of a disease. Can we, for example, take information like the average number of friends someone has on Facebook and use that information to tell us how quickly a disease might spread among a group? The mathematical models used for both are in fact very similar. Maths is all about spotting patterns.”

The maths of stabbing

STABBING ASSAULTS account for one-third of homicides committed in Ireland. But they are very difficult to measure in terms of degree of force: a point which could make all the difference in a court room.

Mathematicians and engineers at UCD, NUI Galway and the University of Lyon, France, have been trying to help the State Pathologist’s office in looking at ways to quantify various stabbing incidents.

“In legal trials the state pathologist will often be asked what was the degree of force involved in a stabbing,” explains professor of applied mathematics at NUI Galway, Michel Destrade. “But they can only give a vague answer like ‘mild’, ‘moderate’ or ‘severe.‘” So the Pathologist’s Office turned to Irish scientists to conduct experiments to help quantify that degree of force. “We did experiments on pig skin here and human skin in France to see if there were numerical patterns to stabbing,” says Destrade.

This has led to a PhD into the area funded by the State Pathologist’s Office and the Irish Research Council Science Engineering and Technology (IRCSET), which is now in its third year. “We’re trying to find physical laws for the mechanics of skin,” says Destrade. “We look at skin as an engineering material, test it and try to come up with a model that we can then implement within a simulation programme. We published our first results in one of the world’s leading forensics journals (Forensic Science International). Surprisingly, we found that two knives of the same type produce puncture at widely different amounts of force, even after all variable parameters are controlled (such as speed, angle, tension and nature of the skin.)

We believe it is due to the microstructure of the knife’s tip. This disparity might explain why no proper scale exists for stabbing forces.” Computer-generated simulations would be of great use to pathologists in terms of reconstructing an incident as accurately as possible.

It could make a big difference in a legal trial. If, for example, the accused claims they were just playing with a knife and stabbed someone by accident, you might be able to assess the veracity of this claim through a simulation.