Better Batteries on the Way! 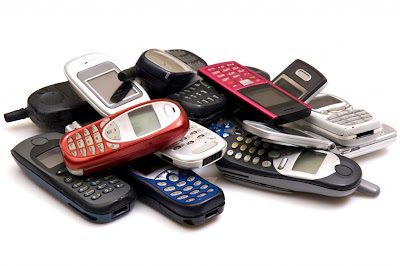 A team of engineers in Northwestern University in Chicago have have created an electrode for lithium-ion batteries, rechargeable batteries found in your iPod or mobile phone, that allows the batteries to hold a charge up to 10 times greater than current technology. Batteries with the new electrode also can charge 10 times faster than current batteries. This would mean a typical iPhone with these new batteries could fully charge in 15 minutes and last for over a week! In addition to better batteries for cellphones and iPods, the technology could pave the way for more efficient, smaller batteries for electric cars.

Lithium-ion batteries charge through a chemical reaction in which lithium ions are sent between two ends of the battery, the positive (anode) and the negative (cathode) ends. As energy in the battery is used, the lithium ions travel from the anode, through the electrolyte, and to the cathode; as the battery is recharged, they travel in the reverse direction.

In current rechargeable batteries, the anode is made up of several layers of graphene (a carbon based material) sheets which are store the lithium ions. These new batteries have anodes made up of layers of graphene and silicon sandwiched together. They also used a chemical oxidation process to create miniscule holes (10 to 20 nanometers) in the graphene layer. Both these changes have the combined effect of allowing more lithium ions to be stored in the anode (meaning the batteries last longer) and allowing the lithium ions return more quickly to the anode when recharging!

According to the research team, the technology could be seen in the marketplace in the next three to five years. They also envisage further improvements in battery life when they begin work on the cathode end of the battery. A paper describing the research is published by the journal Advanced Energy Materials.
Labels: Technology Today's Science News