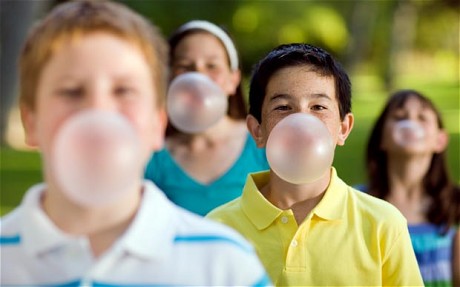 It sticks to footpaths, shoes and sometimes even hair. It hides under chairs and tables .... but makes our breath smell fresh all the same. Yes, it's chewing gum!

Chewing gum doesn't stick to your insides or block your digestive tract if swallowed like some might suggest, but it does have serious effects on the environment and litter in particular. This is mainly due to the fact that the rubbery base that makes gum chewy is not biodegradable, is sticky and can't be dissolves by acids or commercial cleaners.

But, the rubbery base is important in gum because it helps improve flavour, chewiness and shelf- life.  Over the past number of years scientists have been trying to develop a rubbery substance that would do all this, but could be swallowed safely and removed quickly from footpaths, roads, shoes and even hair!

Now scientists from University College Cork's (UCC) School of Food and Nutritional Sciences look like they have developed a new type of biodegradable chewing gum, using cereal proteins as the main ingredients. The team of scientists, led by Prof Elke Arendt, have modified the proteins though, giving them extra elasticity and "chewiness". The gum holds flavour very well and you can even blow a bubble through it! But most importantly, after 45 minutes the gum breaks up and can be safely swallowed and digested by the body.

The scientists are now hoping that chewing gum manufacturers will use their new recipe for chewing gum and develop its potential further. Here's to no more sticky chairs and desks!
Labels: Today's Science News