When will they invent ... Invisibility Cloaks? 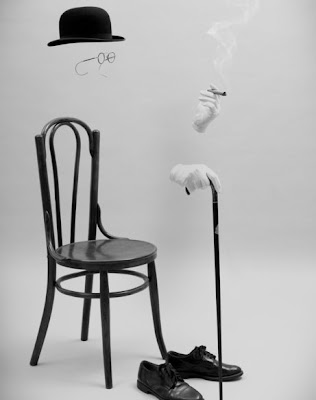 THEY HELPED Frodo Baggins escape the attentions of the eye of Sauron in The Lord of the Rings , and the young wizard, Harry Potter, dash past Prof Snape in Hogwarts. But when will invisibility cloaks escape from fantasy and enter reality?

Amazingly, that time might be closer than you think. Almost everyone has dreamed of becoming invisible, of sneaking around undetected from parents, friends or teachers. Engineers dream of cloaking buildings, maintaining the public’s view of the countryside or seaside, while military folk hope for invisible soldiers, tanks or fighter jets.

There are thousands of applications for invisibility cloaks but how would they work? Scientists across the globe have been putting their thinking caps on and have come up with a few possible ways of making someone or something invisible.

In the last issue of Bang, we revealed how carbon nanotubes might form part of a future space elevator. These amazing materials are extremely thin (just an atom or so thick), extremely light, stronger than steel and are excellent heat conductors. They are also a possible material for invisibility cloaks. Last year scientists in Texas were able to make a sheet of carbon nanotubes invisible by heating them up very quickly. They did this by utilising the mirage effect. Most people experience the mirage effect in deserts, seeing a puddle of water where no water exists. This mirage effect is caused by the severe heat difference between the very hot sand and the cooler air surrounding it. The sharp difference in temperature causes the light around to bend or refract. The desert wanderer actually sees a puddle of sky and not the longed-for oasis and must trundle on in search of that drink.

The scientists in Texas placed the carbon nanotube sheet in a petri dish of water and heated the sheet using electricity. The heat quickly transferred to the water, creating a mirage and making the sheet invisible. (See the video below) However, carbon nanotube sheets are not likely to yield fully functional invisibility cloaks just yet, but the Texas experiment demonstrates the potential of this fledgling technology. The more likely source of a functional invisibility cloak comes from research on metamaterials – artificial substances not found in nature.


Metamaterials are unique combinations of two or more substances – not chemically combined but physically combined – that have a surface size smaller than the wavelength of light.
Metamaterials are normally made by adding loops or circles of metal, usually copper or gold, to another material, e.g. a fabric of silk. The effect is that some physical properties of the fabric can be changed, including one called the refractive index.

All natural substances have a positive refractive index but some metamaterials have a negative refractive index, meaning they seem to bend light waves in a different direction to normal materials. In theory this could make some metamaterials invisible. This all sounds crazy, but scientists have created a number of metamaterial fabrics which are able to bend certain wavelengths of light around them. So far they haven’t been able to bend visible light, only larger waves like microwaves, but the research proves that metamaterials have the potential to bend visible light and could help us make that invisibility cloak. So, invisibility cloaks might not be around soon enough to make your Christmas list next December but, with advances in nanotechnology and more research in to metamaterials, you might not have to wait too long for some invisible mischief.
Labels: Irish Times BANG Nanoscience When Will They Invent ...? Why Haven't They Invented ......