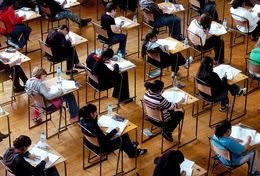 The Leaving Certificate Agricultural Science exam is often difficult to predict and usually throws a few banana skins in the candidate's direction. This paper was no different, but overall most pupils should be happy. Question 1, the short questions, were very fair and all pupils were able to find at least six they could tackle strongly. The soil question, number 2, was quite straightforward, although the wording of (a), part (i) was a little vague. Other than that, the soil question was a real option for most pupils. Question 3, options 1 and 2, were again fair and pupils should really have no excuses. In particular, option 1 (which assessed Dairy Management) was very fair. Question 4 traditionally assesses knowledge of laboratory and fieldwork methods. This year was no different, although some may have found the choice a little limited. Question 5 assessed cereal and potato production and was fair (although not all pupils opt to study potatoes as their root crop). Question 6 assessed animal classification and physiology and was again straightforward, although some got caught out by the ruminant dental formula (below for reminder). The genetics question, number 7, was again fair but many were caught by the question on embryo transfer. Question 8 was a mixed bag, but overall was fine and question 9, the scientific explanations, were fair but with limited choice. All in all, this paper will not cause major problems for the average pupil but the individual looking for an "A" may not be best pleased.

The Frog Blog would like to put their support behind the introduction of a new Agricultural Science syllabus. The present syllabus is so vague and lacking detail (available by clicking here, if you want a good laugh), that it is a significant challenge to the Ag. Science teacher to provide pupils with the opportunity to tackle the exam properly and truly prepare them for an agricultural career. In comparison, the Biology syllabus is clear and concise. (Click here for view the Biology Syllabus). There is no standardisation between one school and the next and the longer we continue to use an Agricultural Science syllabus that was written before Ireland joined the European Union (Or EEC as it was at the time) the more we discredit this fine subject. Agricultural Science is one of the fastest growing subjects in Ireland and we need to promote it, not demote it. Come on Mr. O'Keeffe, show the public that you can be proactive.
Labels: Exam Reaction Opinion Pieces