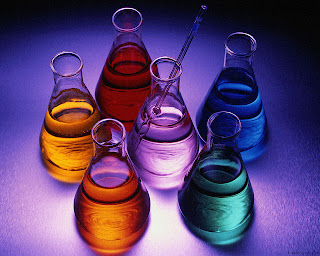 Scientists around the world are celebrating the latest entry to the periodic table. It has taken more than a decade since its discovery (or more accurately its production) for element 112, the biggest and heaviest atom yet, to be officially recognized. The heaviest known naturally occurring element is uranium, with an atomic number of 92 (the number of protons in its nucleus). But since 1941, physicists have been synthesising heavier elements by fusing atoms together. Currently, the heaviest named and recognised element is roentgeniuim at position 111, which was officially named in 2004. Element 112 is the first new element in five years, and is yet to be named. Speculation is rife about who or what the new element will be named after. We're suggesting "frogbloggium".
Labels: Chemistry Stuff Today's Science News