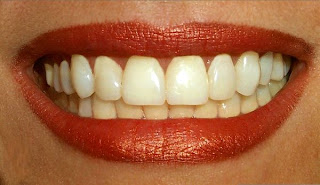 Scientists in France have developed a new treatment for dental cavities - which won't require the dreaded drill. The scientists have developed a repairing gel, containing a new protein which, when placed next to a cavity, encourages cells inside teeth to regenerate in about a month. The scientists have recently published their work in the journal ACS Nano. The new gel or thin film could eliminate the need to fill painful cavities or drill deep into the root canal of an infected tooth.

Cavities are bacteria and pus-filled holes on or in teeth which can lead to discomfort, pain and even tooth loss. When people eat acidic foods, consume sugary snacks or simply don't maintain proper oral hygiene, bacteria begin to eat away at the protective enamel and other minerals inside teeth. The causes of cavities are varied. But for most cavities, the treatment is the same: drilling into a tooth, removing the decay and filling in the hole to prevent further damage. The new gel or thin film contains a peptide known as MSH, or melanocyte-stimulating hormone. Previous experiments, reported in the Proceedings of the National Academy of Sciences, showed that MSH encourages bone regeneration. Bone and teeth are fairly similar, so the French scientists reasoned that if the MSH were applied to teeth, it should help healing as well. To test their theory, the French scientists applied either a film or gel, both of which contained MSH, to cavity-filled mice teeth. I for one am happy!
Labels: Today's Science News Todays Science News

Susan at Stony River said…
Vive la France!
Now if only they'd come up with this 40 years ago, I'd have more teeth. My son is fascinated by all the 'silver' in my mouth.
:-/
2:22 pm

dentist milpitas said…
Modern technology is far more advance in this time, so the medicine takes small time to be produce and more of it is very useful.
7:29 am