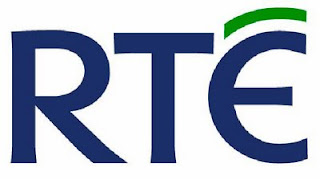 As our national broadcaster, RTÉ is failing science. Our government, who funds the Donnybrook organisation, see Ireland's future generations working within science and technology based careers in the "sincere" hope of creating a smart economy. All government policy decisions "apparently" are aimed at moulding a more creative, competent and knowledgeable work force. But the promotion of science and technology is being left to the minority. There are a number of websites and blogs: Science.ie, Communicate Science, Discover Science, Mary Mulvihill or LifeScience.ie to name but a few (click here to see a list of 30 science blogs in Ireland). Magazines like Science Spin do their bit but our national newspapers generally let science down too, with the exception of the Irish Times being the only national paper to have a dedicated science section. But it is RTÉ that really fails us. They commission little or no science programming year on year, with the odd exception to a few nature documentaries. Scope, a half decent effort, was cancelled in 2006 and since then science and technology have had little air time. There is a new children's "science adventure" programme starting shortly but I can imagine it will be more adventure than science. RTÉ even failed to have a scientist on the short list for Ireland's Greatest (when people like Stephen Gately made the list, Robert Boyle was left hanging). Clearly science is not a priority in Montrose.
RTÉ need to start using our taxes to help promote the sciences in Ireland - if they are to continue to receive state funding. They have a captive audience and the funds available (let's be honest - RTÉ directly fund little programming anyway - all work is commissioned by production companies). Follow the example of the brilliant BBC Science and Nature department. The quantity and quality of their productions is astounding. Yes, they have a much greater budget than RTÉ but why not work with the BBC in producing science programming? Share resources and share airing rights. Why not produce a weekly science and technology news show (people like Adrian Weckler or Aoibhinn Ní Shúilleabhái immediately come to mind as hosts). Such a show would require a modest budget but would do so much for Irish science.
Recently Ireland celebrated our capital city, Dublin, being awarded the European City of Science for 2012. As part of this Ireland aims to incorporate "a media programme to promote science communication". Surely our national broadcaster needs to be involved in such a media programme? RTÉ, as Ireland's national broadcaster, has a responsibility to promote the sciences and help our government enthuse people about science and technology. If we really want a smart economy, before we can work on improving standards in science, maths and technology subjects, we need to get people interested in them!
Labels: Opinion Pieces What's on the Telly?