Charles Darwin - Build up to the Bicentenary 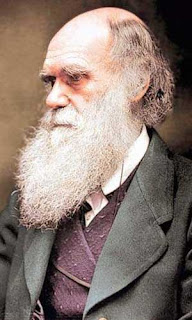 On February 12th 2009, the world will mark the 200th birthday of Charles Darwin. There are many events which have been organised to commemorate this day. The BBC are broadcasting a new documentary series based on the life and works of Darwin, hosted by Sir David Attenborough; Darwin's home, Downe House, will become a World Heritage Site; the HMS Beagle is being rebuilt; Cambridge will play host to a number of Darwin exhibits and events throughout 2009 - and many other events are on the cards.

As Darwin fans, we at the Frog Blog will be joining-in the celebrations by posting a series of short pieces about the life and works of the great man. We start tomorrow with "the Early Years".
Labels: Darwin's Bicentenary People in Science