What is DNA Profiling! 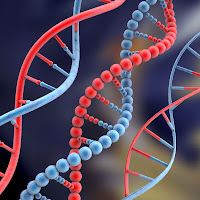 Since 1987, forensic DNA analysis has made appearances in U.S. courtrooms. Originally known as "DNA fingerprinting," this type of analysis is now called "DNA profiling" or "DNA typing" to distinguish it from traditional skin fingerprinting. Although used in less than one percent of all criminal cases, DNA profiling has helped to acquit or convict suspects in many of the most violent crimes. Every single cell in our bodies contains DNA, the genetic material that programs how cells work. 99.9 percent of human DNA is the same in everyone, meaning that only 0.1 percent of our DNA is unique! Each human cell contains three billion DNA base pairs. Our unique DNA, 0.1 percent of 3 billion, amounts to 3 million base pairs. This is more than enough to provide profiles that accurately identify a person. The only exception is identical twins, who share 100 percent identical DNA.

At a crime scene, DNA is everywhere. It is present in all kinds of evidence collected at the scene, including blood, hair, skin, saliva and semen. Scientists can analyze the DNA in evidence samples to see if it matches a suspect's DNA. Above, you can see how DNA evidence is collected and analyzed. In the past, DNA analysis required an evidence sample at least the size of a small coin. Today's techniques can multiply the DNA, producing millions of copies from tiny amounts of evidence, such as the saliva from a cigarette butt. This approach is also helpful for analyzing poor-quality DNA in evidence samples collected from dirty crime scenes. Once the sample is obtained, a profile is produced. No two profiles are the same!
Labels: Forensics Technology