As part of their microbiology module Transition Year biologists were recently asked to write a 100 word composition on the outbreak of bubonic plague which ravaged medieval Europe in the 14th century. Here are three examples of their work.


The Black Death by A McCabe
The Black Death broke out in Mongolia in the 1330s. Rats were affected and their fleas transferred it to humans. Plague caused fever and swelling of the lymph glands – forming “buboes”, hence the name bubonic plague. It became widespread because of the busy trade connections. In October 1347 the European breakout emanated from Italian ships returning from Asia. They docked in Sicily and the plague spread rapidly. By 1349 the disease had reached Ireland. Medieval medicine could not compete and, although the effects were reduced in Winter when fleas were dormant, after 5 years 25 million people had died in Europe. 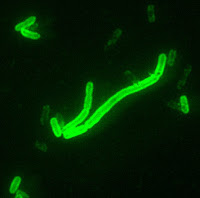 The Black Death by A. Shirley
The Black Death or Bubonic Plague, one of the deadliest diseases in human history, was caused by the bacterium Yersinia pestis (see above). The plague started in the 14th Century, apparently spreading from central Asia or northern India. Infection happened when rat-borne fleas transmitted the bacteria by biting humans. The plague caused a fever and sometimes black spots on the victim’s legs and chest. There was no effective treatment and those affected usually died within a day or two. One in four of Europe’s population were wiped out in just five years. 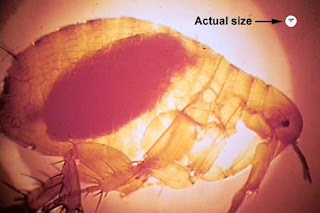 The Black Death by R. Nolan
The Black Death was one of the deadliest bacterial diseases in history. It is believed that the disease travelled from central Asia around 1331. It spread through rat-based fleas (see above) which travelled on ships. Early symptoms resembled flu but escalated quickly. The appearance of swellings (‘buboes’) around the body was a classic sign of bubonic plague. Other symptoms included coughing blood and purple skin patches. The disease killed most victims in 4-7 days. The final death toll amounted to an estimated 75 million people, about half of which were in Europe. Jews and God were blamed but no remedy was found.
Labels: Pupil Work