Science Fact of the Week 7 - Anti-Matter 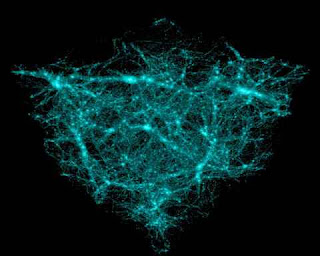 Antimatter sounds like the stuff of science fiction, and it is. But it's also very real. Antimatter is created and annihilated in stars every day. Here on Earth it's harnessed for medical brain scans. Simply put, antimatter is a fundamental particle of regular matter with its electrical charge reversed. The common proton has an antimatter counterpart called the antiproton. It has the same mass but an opposite charge. The electron's counterpart is called a positron. Antimatter particles are created in ultra high-speed collisions. One example is when a high-energy proton in a solar flare collides with carbon. In this case it can form a type of nitrogen that has too many protons relative to its number of neutrons. This makes its nucleus unstable, and a positron is emitted to stabilize the situation. But positrons don't last long. When they hit an electron, they annihilate and produce energy. So the cycle is complete, and for this reason there is so little antimatter around at a given time.

To better understand the elusive nature of antimatter, we must back up to the beginning of time. In the first seconds after the Big Bang, there was no matter, scientists suspect. Just energy. As the universe expanded and cooled, particles of normal matter and antimatter were formed in almost equal amounts. But, theory holds, a slightly higher percentage of normal matter developed -- perhaps just one part in a million -- for unknown reasons. That was all the edge needed for normal matter to win the longest running war in the cosmos. When the matter and antimatter came into contact they annihilated, and only the residual amount of matter was left to form our current universe. Antimatter was first theorized based on work done in 1928 by the physicist Paul Dirac. The positron was discovered in 1932. Science fiction writers latched onto the concept and wrote of antiworlds and antiuniverses.
Antimatter has tremendous energy potential, if it could ever be harnessed. Laboratory particle accelerators can produce high-energy antimatter particles, too, but only in tiny quantities. Something on the order of a billionth of a gram or less is produced every year. CERN, a research institute based in Switzerland have been producing Anti-Matter since 1995, but in tiny amounts. Recent data released by CERN states that when fully operational their facilities are capable of producing 107 antiprotons per second. The Anti-matter is held within a Penning Trap, a storage device that uses magnetic fields. Meanwhile, antimatter has proved vitally useful for medical purposes. The fleeting particles of antimatter are also created by the decay of radioactive material, which can be injected into a patient in order to perform Positron Emission Tomography, or PET scan of the brain. It could also be used as a fuel for the production of energy. None the less, Anti-Matter is no work of fiction, as many believe, and has many future uses if technology can keep up. Click here for more info!
Many thanks to Ian Fraser for suggesting Anti-Matter for the Science Fact of the Week.
Labels: Physics Stuff Science Fact of the Week