Skip to main content
Labels
Posted by Unknown May 07, 2010 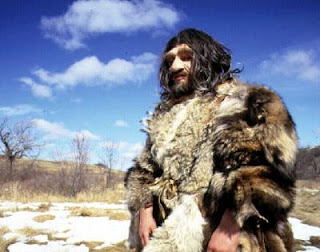 The genome (genetic blueprint) of the Neanderthals, Homo neanderthalensis, has been decoded, revealing some exciting results. By comparing the results with the genome of the modern human (Homo sapiens), it has been determined that Neanderthals and humans may have interbred sometime in the past. The research shows that many living European and Asian people have a small number of Neanderthal genes—about 1% to 4% of the genome. However, no evidence of Neanderthal genes are been found in the small sample of living Africans used, strengthening the theory that modern humans spread from Africa to Asia and Europe around 60,000 years ago, where they met and seemingly interbred with Neanderthal groups. Homo sapiens populations that stayed in Africa would never have met Neanderthals.
Scientists mapped the Neanderthal genome from fragments of DNA taken from three Neanderthal fossil bones, each from different individuals. The fossils come from Vindija Cave, Croatia, and are around 44,000 years old. For more on this story click here.
Labels: Archaeology Today's Science News