Skip to main content
Labels
Posted by Unknown May 04, 2010 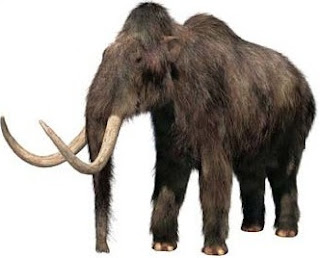 A new study has revealed that the DNA of the extinct Woolly Mammoths (obtained from a mammoth 43,000 years old) contained a gene for the production of an "antifreeze protein" which would have allowed their blood (specifically their haemoglobin) to work more effectively at lower temperatures. The protein would not have prevented their blood from freezing but would have made it work more efficiently at sub-zero temperatures. Other modern animals have independently evolved a similar system of protecting their haemoglobin, namely the Reindeer and Musk Ox. Of course, Woolly Mammoths were well adapted to the cold with their thick fur, wool layer, small ears and a blubber layer.
Labels: Today's Science News