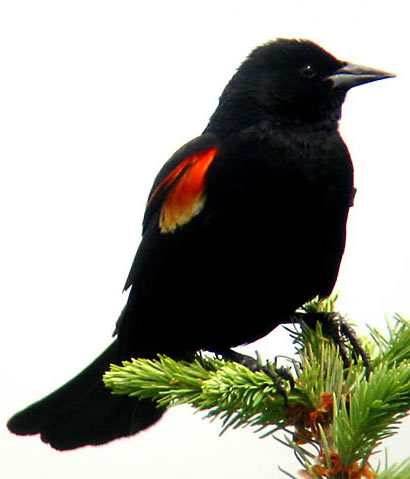 Ten mass animal deaths have now occurred across the globe since new year's eve. Over the past week 5,000 red winged blackbirds (shown above) fell dead from the sky in Arkansas; tens of thousands of dead fish were found in Chesapeake Bay; 50-100 dead birds found strewn in lawns in Sweden; 40,000 dead crabs washed up on England’s shores; 530 penguins, numerous other seabirds, five dolphins, and three giant sea turtles were all found dead in Brazil; 200 American Coots dead on a Texas bridge; hundreds of snapper fish dead in New Zealand. And the list is sure to keep growing. The strange phenomena have been collectively named the "aflockalypse", with many theories as to the apparent increase in these natural occurrences. Of course, these events happen more frequently than you might believe, with many attributing better journalistic reporting as the main reason for the apparent increase. Other reasons for the events include increased magnetism in the Earth, increased solar activity, fireworks, global warming or disease. There have also been loads of conspiracy theories on the events including secret testing of new weapons or maybe even aliens! Scientists are busy trying to figure out the real reason, but in the meantime have fun hypothesising!
Labels: Today's Science News Todays Science News