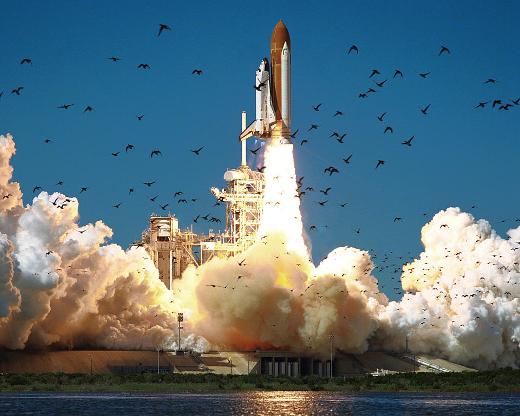 Twenty five years ago today (January 28th 1986) the Space Shuttle Challenger broke apart seventy three seconds into its launch, instantly killing the seven crew members on board (Astronauts Ellison Onizuka, Christa McAuliffe, Greg Jarvis, Judith Resnik, Mike Smith, Dick Scobee and Ron McNair). This was the first time the United States had lost astronauts during a flight (the crew of Apollo 1 died during a pre-flight test 44 years ago yesterday and next week will see the 8th anniversary of the Columbia disaster where all seven crew members died) and the shocking revelation still resonates throughout the world. It is believed that a seal in the rocket booster failed on launch, unable to cope with the freezing weather which preceded the flight. The faulty seal caused a release of pressurised hot gas, which resulted in the detachment of the solid rocket boosters (SRB). It was ultimately aerodynamics that caused the orbiter itself to break up. Today we remember the crew of Challenger, as well as all those who died in the pursuit of space science. Below is the horrific live video from CNN, which permanently records the Challenger disaster.
Labels: On This Day

Sam said…
My gosh, it was horrific wasn't it, especially to watch it live on tv with the whole world! I can't believe it was 25 years ago!
8:23 am