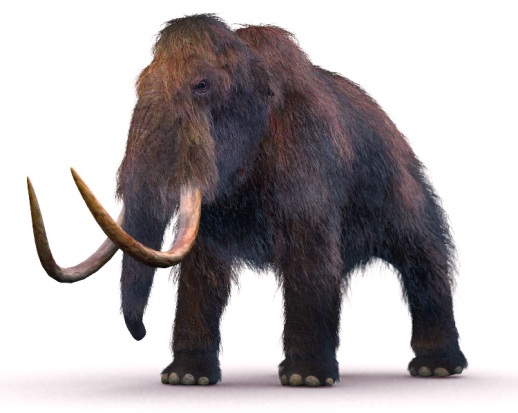 The infamous Woolly Mammoth may be about to make a return, thanks to a team of researchers from Japan, Russia and the US, who plan to use cloning techniques to resurrect the species from frozen tissue obtained from a Russian Mammoth research centre. The same scientists recently perfected the isolation of DNA from frozen cells. The researchers hope to isolate the DNA from the mammoth cells, then insert it into an Elephant's egg (which has had its nucleus removed). This technique is called nuclear transfer and is similar to how scientists from the Roslin Institute in Scotland cloned Dolly the Sheep back in 1996 (Click here to see a diagram of how Dolly was cloned). If all goes well, the research team expect to resurrect the lost majestic beast within 5 years.
Stephen Sullivan, founder of the Irish Stem Cell Foundation and former researcher in the Roslin Institute (pictured here feeding Dolly the sheep), describes the cloning process.

"Somatic cell nuclear transfer or 'reproductive cloning' means removing the DNA from an egg and introducing new DNA from an adult cell which is then reprogrammed back when injected into the egg. The egg is then given a small electric shock to start it dividing and is implanted into the womb of the surrogate mother animal to develop."

Stephen, through his work in the Irish Stem Cell Foundation, continues to seek legislation around the area of human cloning and stem cell research and therapies. Stephen describes how human reproductive cloning is illegal in most developed countries but no direct legislation banning the persuit exists in Ireland. Obviously, the ISCF does not support human reproductive cloning.

"The Irish Stem Cell Foundation has repeatedly called for the introduction of such a law. They have also called for the necessary laws needed to do definitive, internationally competitive stem cell research in Ireland in an open and transparent manner. The resignation of Health Minister Mary Harney this week means Irish stem cell researchers will be waiting for the introduction of stem cell and cloning laws even longer now, much to their disappointment."

For more information on the issues surrounding stem cells and their potential in medicine click here or here to visit the website of the Irish Stem Cell Foundation.
Labels: Today's Science News Todays Science News