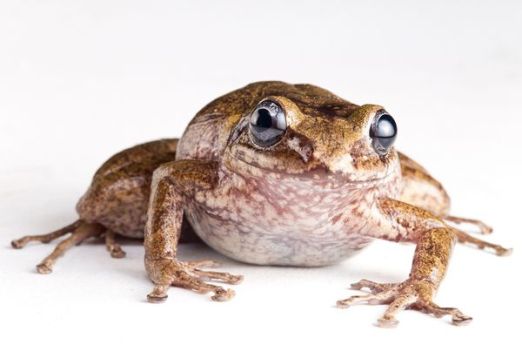 Scientists in Haiti have found six long-lost species of frogs in the devastated country's forests, including the critically endangered La Hotte glanded frog (above), which sees the world through unusual, sapphire-colored eyes. Other unique species include a whistling frog named after composer Wolfgang Amadeus Mozart and a 'ventriloquist' frog that can throw its voice to send predators in the wrong direction. These species are amongst a half a dozen newly rediscovered Haitian species, which had not been seen for nearly two decades and occur nowhere else in the world. The team, led by Robin Moore from Conservation International, embarked on the search in order to find the elusive La Selle Grass Frog (E. glanduliferoides), unseen in over 25 years. However, they failed to find it, but uncovered tantalising glimpses of a handful of Haiti's other 48 native species of amphibians.
Labels: Extra Froggage Today's Science News Todays Science News