Skip to main content
Labels
Posted by Unknown May 10, 2011 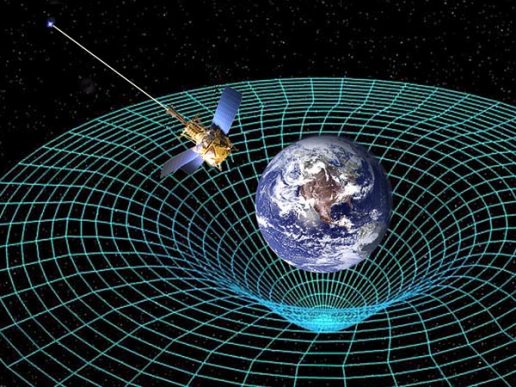 In April 2004, NASA launched the Gravity Probe B in an experiment to verify two elements of Einstein's infamous theory of general relativity - specifically the geodetic effect and frame-dragging. The geodetic effect is described in Einstein's 95 year old theory as the warping of space and time, or space-time, by a large body like a planet (think of a bowling ball, which represents a planet, resting on a trampoline and warping its fabric). Frame-dragging is defined as the amount a spinning object (again like a planet) pulls space and time along with it's rotation. Thinking of space and time as things that can be dragged or warped is difficult to comprehend but now Einstein's theory has been proved correct by the NASA satellite.
On board Gravity Probe B, which orbits the Earth at a distance of 400 miles away, were four super accurate gyroscopes which measured changes in the satellite's orientation in space as it pointed towards a star. If Einstein was wrong then the gyroscopes wouldn't change their spin and the satellite would remain aligned with the star while in space. But Gravity Probe B measured a tiny change in the instruments spin, proving Einstein's theory. Incidentally, the satellite's predecessor Gravity Probe A, was launched in 1976 and was successful in proving another element of Einstein's theory of general relativity - that time would run faster in an satellite orbiting a planet than it would on the surface. This is because the gravity is greater on the surface of the planet so time is dragged more. Amazing!!
For more on this story visit National Geographic News.
Labels: Space Exploration Today's Science News Todays Science News