Skip to main content
Labels
Posted by Unknown May 11, 2011 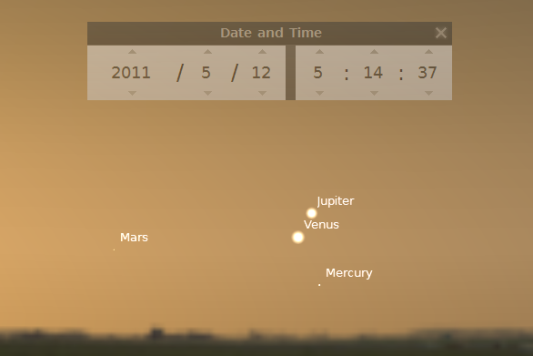 Over the next few weeks early morning sky watchers are in for a treat. This month sees the closest planetary grouping (or conjunction) this century, with four planets aligned closely in the dawn sky. Mercury, Jupiter, Mars and Venus will all be visible in the easterly sky as dawn breaks each morning in early May. The brightest of the planets will be Venus, followed by gas giant Jupiter. The image above, captured using the brilliant piece of software Stellarium, shows the alignment of the planets, as seen from Ireland, tomorrow morning just before 5:15am facing east.  Be sure to get up early and check it out.
Labels: Astronomy