Skip to main content
Labels
Posted by Unknown May 14, 2011 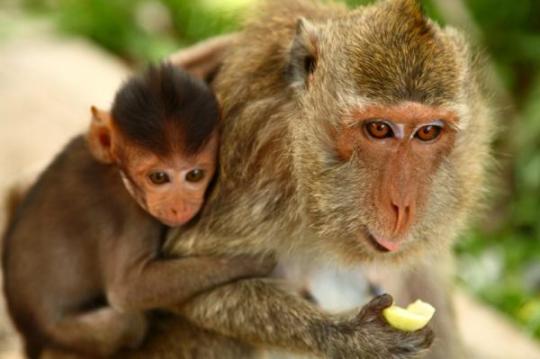 Scientists have developed an experimental vaccine against SIV (Simian Immunodeficiency Virus), a virus similar to HIV but found in monkeys. The researchers gave 24 healthy rhesus macaques a vaccine containing a genetically modified form of the virus, rhesus cytomegalovirus (CMV). The scientists tested their vaccine on the macaques for over a year, with 13 of the animals resisting infection during that time. These results are exciting because they may provide clues on how to develop an effective HIV vaccine, which has eluded many scientists since AIDS first emerged in humans in the early 1980s. SIV is the non-human primate form of HIV and researchers say the vaccine works by stimulating the production of a particular type of blood cell, called "effector memory T-cells", which can remain watchful in the body long after an infection has faded away. Before human clinical trials can begin, researchers will weaken CMV to prevent any potential health problems.
For more information click here.
Labels: Today's Science News Todays Science News Viruses