Skip to main content
Labels
Posted by Unknown May 16, 2011 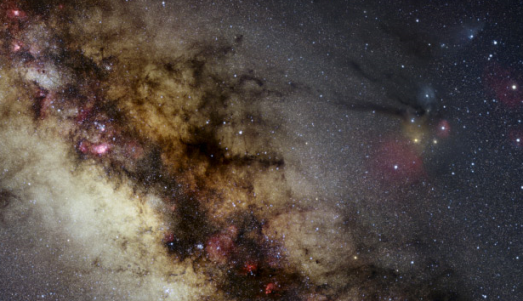 The Photopic Sky Survey is a 5,000 megapixel photograph of the entire night sky formed using 37,440 separate exposures taken by amateur astronmer Nick Risinger. His journey took him all around the globe, photographing the sky from over 600 locations, snapping images from both hemispheres while planning his shoots to take place when the moon was new and the sky dark. Risinger used six cameras mounted on a tripod, which moved in sync with the Earth's rotation, taking 60 exposures of each region of the sky. The multi camera setup helped him achieve sharp pictures. The resultant image, a high resolution 5000-megapixel image provides a 360-degree view of the Milky Way and more than 20 million stars. It's truly astonishing and available to view and zoom using a Flash aplet on his website. Risinger has also produced an interactive 360-degree sky map. Well worth exploring for an hour or two and a brilliant resource for teachers of astronomy. Click here to visit skysurvey.org.
Labels: Astronomy Physics Stuff Recommended Websites Web Links