The Influence of Lyell’s Principles of Geology on Darwin 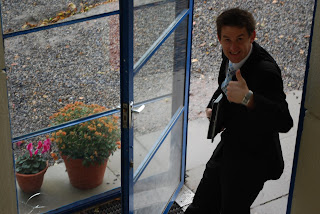 My learned colleague and fellow ‘Frogger’ Mr Humphrey Jones (pictured opposite) included an interesting quote in his blog article posted earlier today (see Charles Darwin 200 Years Old Today). This was to the effect that in 1826/27, after a bad experience, Darwin vowed never to read another geology book in his life. How ironic!

As mentioned earlier in the Frog Blog (see Bradyseism in the Pozzuoli area north of Naples, 11/11/08), the most influential Geology book ever written was probably Charles Lyell’s Principles of Geology published from 1830 to 1833. In these three volumes Lyell caused a revolution in the way that people thought about planet Earth and its age. At that time most geologists and particularly the Church supported the view that a series of unique catastrophes (such as Noah’s flood) were responsible for shaping the Earth. 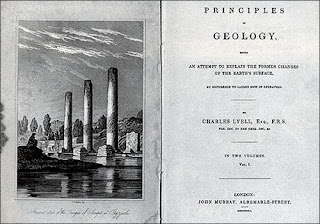 Lyell was a great supporter of the ideas of Scottish geologist James Hutton, who thought that all that can be seen today on the surface of the Earth can be explained by the cumulative effects of the processes we see in action around us. In other words “the present is the key to the past”. This viewpoint is known as uniformitarianism and, amongst other things, it implies that the Earth must be much older than the 6,000 years or so allowed for by calculations from biblical records – a view that was surprisingly widely held by scientists of Darwin’s time. 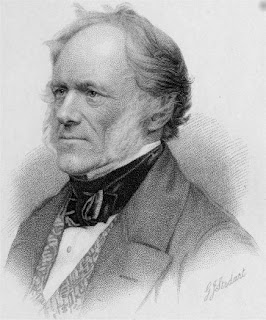 Darwin avidly read Lyell’s work whilst on the Beagle, and even arranged for the most recent volumes to be sent out to him in S. America. Lyell’s geology book was one of the major influences on Darwin’s thinking during his voyage, and on his return to England Darwin became a personal friend of Lyell, and saw himself almost as a disciple of the great man. It is beyond doubt that without Darwin’s volte-face on the matter of reading geology books the theory of evolution by means of natural selection would not today bear Darwin’s name.

green light laser said…
This is certainly intriguing. Darwin's evolution theory stemmed from accrued learning as well and prior to that influenced, accrued knowledge as well.
5:50 am