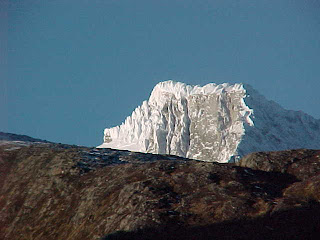 Charles Darwin has a number of places named after him, including a large city, several mountains and a fjord. Mount Darwin (shown above), the tallest mountain in Tierra del Fuego was named after Charles Darwin by Sir Robery FitzRoy, in honour of his 25th Birthday. A year earlier, Darwin and his shipmates were on a small island in the Tierra del Fuego archipelago (collection of islands) when a huge mass of ice fell from the face of a glacier and plunged into the ocean, causing a huge wave. Darwin ran to the shore and saved the ship's boats from being swept away. For saving everyone from being marooned, FitzRoy named the area Darwin Sound. And as if one mountain isn't enough, Darwin got three more named after him: There are other Darwin Mountains located in California, Tasmania, and Antarctica. Furthermore, the city of Darwin in Australia's Northern Territory is also named after Charles Darwin. On 9 September 1839, the HMS Beagle sailed into Darwin harbour during its surveying of the area. John Clements Wickham, the captain, named the region "Port Darwin" in honour of a former shipmate. Also, there is a town in the Galapagos and an island amongst the Falklands named after Charles Darwin.
Labels: Darwin's Bicentenary