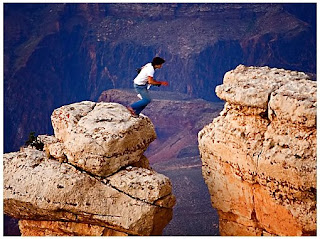 A Darwin Award is a tongue-in-cheek "honour" given for people who "do a service to Humanity by removing themselves from the Gene pool", i.e., lose the ability to reproduce either by death or sterilization in a stupid fashion (un-natural selection so to speak). Although slightly morbid, the Darwin Award has been given to indiduals involved in many a stupid act. Examples of Darwin award winners include:

What can we say, some mothers do have 'em. Check out the website: http://www.darwinawards.com/!
Labels: Darwin's Bicentenary Light Hearted Moment