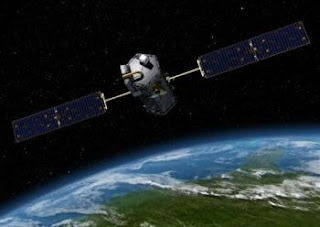 A NASA’s satellite, which cost $280 million crashed into the ocean near Antarctica yesterday after a launch failure, delivering a blow to the agency's attempts to understand global warming. The Orbiting Carbon Observatory (OCO) satellite was designed to map carbon dioxide on Earth providing a major step forward for scientists attempting to understand climate change. The fault appears to have occurred several minutes into the flight when the protective shield that allows spacecraft to travel through the Earth’s atmosphere is supposed to be jettisoned. Instead the heavy cladding, including a nose cone, remained attached, slowing the Taurus XL rocket down. The rocket therefore failed to carry its multi-million dollar cargo to the intended 438 miles above the Earth.

The OCO was supposed to capture eight million carbon dioxide measurements every 16 days, a dramatic increase in the current data available from a small network of instruments on the ground, on tall towers and in aircraft. Up to 30 per cent of the carbon dioxide produced by humans “disappears” each year, absorbed by processes which scientists still do not understand. NASA had hoped the spacecraft would have shed light on the natural processes which take place in forests and oceans, absorbing the carbon dioxide produced by humans. Scientists cannot currently explain why the amount varies dramatically from year to year.