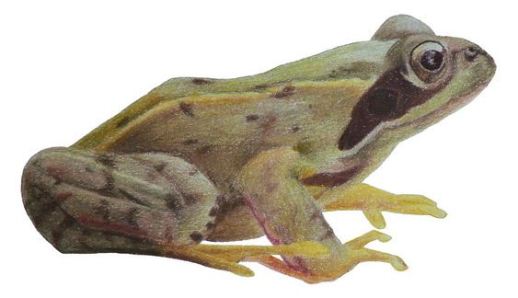 Amphibians (frogs, toads and newts) are one of the most threatened groups of organisms on earth, with a third of all species having suffered declines. Ireland has only one species of frog, the Common Frog, which is a key part of Irish ecosystems as a predator of insects and other invertebrates, as well as itself being prey for other species. The Common Frog (Rana temporaria) is Ireland's most abundant and widespread amphibian but there are concerns about its current status and possible recent population declines. As previously reported, a National Frog Survey is being carried out to gather up-to-date information on the distribution and abundance of the frog in Ireland and now they are asking for the public's help.
During the mid-term break, why not get the family together and take part in the National Frog Survey. They want you to record your sightings of frogs and frog spawn  across Ireland and submit your findings on the National Frog Survey of Ireland website using the online form. Click here to learn more about Ireland's Amphibians.
Labels: Extra Froggage Today's Science News Todays Science News