TCD Leads the Way in Development of Nanomaterial

This article appeared in today's edition of the Irish Times. It is written by Dick Ahlstrom, Irish Times Science Editor, and is republished here with his permission. 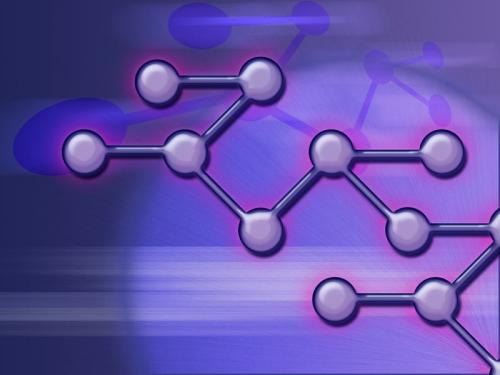 Irish led research has opened up a whole new family of “nanomaterials” that will support technologies in a wide range of areas. They can be used to deliver electricity from waste heat, in microelectronics and in tough “super materials” with unique mechanical properties.
The work is based on being able to take substances that are inclined to produce flakes and then strip these off in flat sheets that are just a few atoms thick.
Importantly, their process can be run on an industrial scale that is fast, low cost and capable of delivering billions of flakes from just a milligram of the material.
Trinity College Dublin’s Prof Jonathan Coleman headed the research, in collaboration with Dr Valeria Nicolosi of the University of Oxford.
He is a Science Foundation Ireland-funded principal investigator at the Centre for Research on Adaptive Nanostructures and Nanodevices (Crann) at Trinity and also a professor in the school of physics there. She worked with Prof Coleman, gaining her PhD before moving to Oxford’s department of materials.
“There are lots of layered compounds in sheets one or two atoms thick and very long,” says Coleman. The challenge is to find a way to separate them and to do so in a consistent, predictable way.

This is what the two researchers have managed to do. Two years ago they found a way to strip off atoms-thick sheets of the novel substance graphene. They continued to refine their approach and can now produce these “nanosheets” from a range of substances.
Their method can be used with more than 150 exotic layered materials, he says such as boron nitride, molybdenum disulfide and tungsten disulfide. “They all have different properties so you have a tool box that can be applied in many uses,” says Prof Coleman.
This means they can use the material they needed to produce metallic, semi-metallic or semiconducting nanosheets.
Their method is based on using a solvent that can attach to the layered surface. Usually the layers cling together too tightly to be split off in sheets of just one to five atoms thick. “We found a liquid that sticks to the sheet more than the sheets stick to themselves. The trick was finding a solvent that could do this.”
They can now strip off or as they described it last Friday in the journal Science, “exfoliate”, layers just one 100,000th the thickness of a sheet of paper.
And because their approach produces a liquid that carries the nanosheets, it opens up dozens of possibilities, he says. “If you have them in the liquid you could drop the liquid on a surface and layer the nanosheets on the surface.” This would deliver electronic circuits that are theoretically just an atom thick.
Many of the various nanosheets have drawbacks but some of these can be overcome by adding substances that modify their properties. “The big problem is they don’t conduct electricity well, but you can add conducting material to the liquid,” Prof Coleman says.
The nanosheets can readily be produced in bulk for use in electronics and to make “supercapacitors” for energy storage that can deliver energy thousands of times faster than standard batteries.
He believes however that their most important contribution may be in thermoelectric materials for electricity production.
These would use waste heat from power plants or industrial processes and produce low-cost electricity.
Labels: Nanoscience Today's Science News Todays Science News