Tutankhamun - His Tomb & His Treasures Exhibition 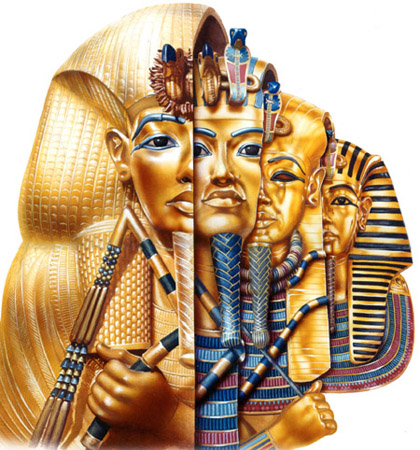 Coming to the RDS from this Thursday, the 17th February, is the amazing ‘Tutankhamun – His Tomb and His Treasures’ Exhibition. After already delighting over 1,700,000 visitors across Europe, the exhibition aims to bring you on a captivating journey through time into the lost wonders of ancient Egypt and reveals the epic story of the discovery of the forgotten tomb of the ‘Boy King’ who died under mysterious circumstances aged only 19. The RDS website tells us what to expect:

With the assistance of leading Egyptologists and using sketches and diary notes made by Howard Carter and original photographs taken by exploration photographer Harry Burton, three burial chambers and an extensive collection of the most important treasures of Tutankhamun have been authentically recreated.

The exhibition covers nearly 2,500 square metres and includes state-of-the-art multimedia technology to bring to life the story of Tutankhamun and the fascinating cultural and spiritual world of ancient Egypt; its funerary cults, gods and mysterious hieroglyphic script.
Replicas of 1,000 burial artefacts, intended to equip the young Pharaoh on his journey to the afterlife, have been painstakingly reproduced to scale by expert Egyptian craftsmen and can be viewed in the recreated burial chambers and in an extensive and detailed display. These include jewellery, cult objects, amulets, coffers, chests, chairs, weapons, a stunning golden chariot, large golden shrines and the iconic death mask; a rare and beautiful sight not seen since the original mask was displayed at the British Museum in 1972.
For more information visit the exhibition website here.
Labels: Exhibitions