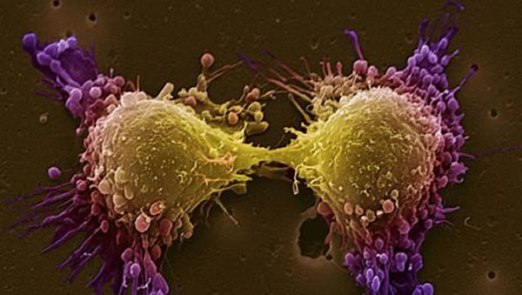 Scientists in Trinity College Dublin have made a discovery which could lead to a breakthrough in future cancer treatment. The scientists, led by Professor Seamus Martin (Department of Medical Genetics), have shown that fledgling cancer cells seems to self destruct. Professor Martin’s team has discovered how a process called ‘autophagy’ – which literally means ‘self-eating’ – plays an important role in safeguarding against the development of cancer. The discovery highlights an unexpected role for a killer protein, called Noxa, in triggering the self-eating process that leads cells in the early stages of cancer to literally eat themselves to death. The process occurs naturally in cancer cells to prevent the cells from "starving" - growing too quickly without enough nutrients. Professor Martin and his team have discovered that in 30% of human cancers a gene called Ras triggers excess "autophagy" leading to the cancer literally "eating itself to death". The finding could lead to the development of tumour shrinking drugs. Commenting on the findings, Professor Martin stated:

“This discovery is an important step forward in our understanding of how cells in the early stages of cancer hit the autodestruct button and suggests new ways in which we may be able to re-activate this process in cancers that do manage to establish. This breakthrough has led directly from investment in research made by the Irish state over the past 10 years through important initiatives such as the establishment of Science Foundation Ireland.”

To find out more about the Medical Genetics Department in Trinity College click here. Read about Trinity College's 50 years of genetics - making it one of the most successful team of geneticists in the world. Below is a video of Professor Martin explaining the findings. The research was funded by the SFI.
Labels: Cancer Irish Science Medicine Today's Science News Todays Science News