Our Mineral Resources are Running Out! 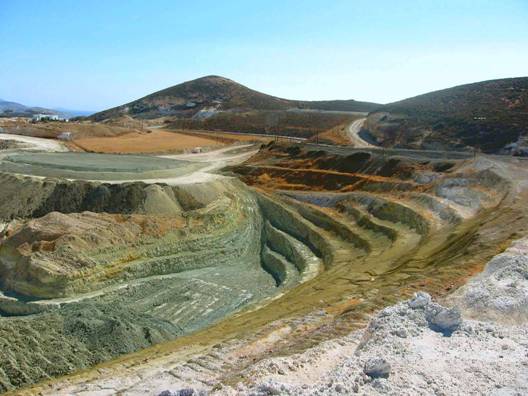 A worrying prospect for our future is offered in a recent report by Carol Stanier and James Hutchinson following on from last year’s CS3 conference (Chemical Sciences and Society Summit) – in which 30 leading Chemists from China, Germany, Japan, the USA and the UK met in London to discuss current scientific research into sustainable materials.
In a section of the report headed “Conservation of Scarce Natural Resources” the authors highlight a potential shortage of: phosphorous, lithium, platinum, indium and 17 rare earth metals which will hit home within the next 30 years. The authors emphasise that we must act now before crippling shortages occur.

Supplies of scarce natural resources are dwindling at an alarming rate and many vital, rare minerals are often obtained from politically turbulent countries. Shortages will hit within a generation...... Decreasing world supplies of elemental resources is a reality and a potentially more pressing concern than the decreasing supply of oil.

Phosphorus is one of the main constituents of fertiliser, in the form of phosphates, and is necessary to life through incorporation into DNA and bones. Lithium is the most commonly used metal in batteries, and also has important pharmaceutical applications. Platinum is used in low temperature fuel cells, in catalytic converters and catalysts for several large scale chemical processes. Indium is used in solar cells and many electronic appliances such as flat-screen televisions. Rare earth metals e.g. neodymium are used in making strong but light permanent magnets such as those in microphones, computer hard disks, electric motors and wind turbine generators.
The warning about mineral resources is given against the background of a global population increase which is projected to reach over eight billion by 2030, and the observation that “if everyone today had living standards equivalent to those prevalent in North America, between two and three times the Earth’s natural resources would be needed”.
We would urge anyone with an awareness or interest in environmental issues to take a quick look at this very readable report – which also contains interesting information on CO2 emissions and fossil fuels and importantly suggests possible scientific and technological solutions for our problems.
Labels: Chemistry Stuff Environment Pause for Thought Today's Science News Todays Science News