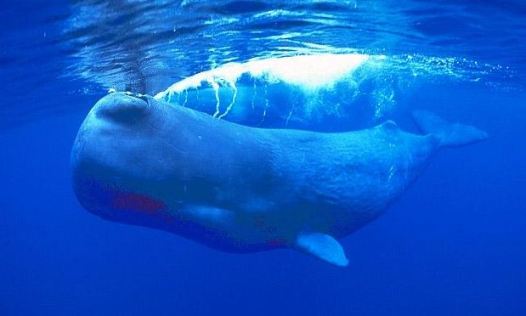 This question was posed by Junior Frog Blog Reporter Josh Kenny recently - just why are sperm whales called sperm whales?
Well the reason is quite straight forward, if not a little disgusting. Much of the bulk of a sperm whale's enormous head is taken up by a barrel-shaped organ called the case. Inside the case is a clear, liquid oil that when cooled, hardens to resemble white paraffin or vaseline. This material was given the name spermaceti by early whalers as they thought this stuff looked like whale semen. They called it spermaceti and hence named the animal the sperm whale. Spermaceti was used as a lubricant and lamp fuel until around the end of the 19th century when petroleum products replaced it. It is believed that spermaceti is used by the whales to help buoyancy.
For a brilliant article, from National Geographic, on the sperm whales click here.
Labels: Pupil Questions